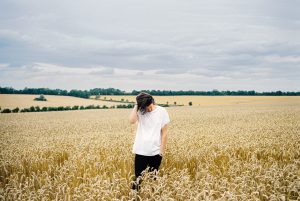 In 2009, I relocated from Norway to London to study film at Met Film School and got a part-time freelance job at a local post-production company which introduced me to the industry. I graduated with a BA in Film- and Television communication; since then, I have continued my directorial career directing music videos and self-funded short films.

My graduation short film, The Station Master, was screened at the renowned short film festival: Palm Springs International ShortFest and San Diego International Film Festival. After a successful festival run, I could continue my directorial career directing music videos whilst also freelancing as an editor.

Directing music videos gave me invaluable storytelling knowledge. I am grateful for having had the opportunity early in my filmmaking career to film with a steam train, burning down a house with the help of an entire fire department, filming with a reindeer and shooting on top of a mountain in a foggy rainstorm. This helped me hone my skills as a fast and hard-working director with a positive attitude, where nothing is impossible.

My work incorporates characters who have removed themselves from society in some way or another and are characters that, even in the most crowded places, feel the most lonely. The narrative is often set in remote, desolate locations or scenarios, away from the hustle and bustle of civilisation.